Easter Island
The monoliths of Easter Island have fascinated and puzzled Westerners since the Dutch seaman Roggeven made landfall there on Easter Sunday, 1722. The mystery of Easter Island's first settlers remains just that - a mystery. Today, most anthropologists believe the island was settled as part of the great wave of Polynesian emigration. (The oldest of the Moai, as the great monoliths are called, date to 700 A.D.) The society that produced the Moai flourished during the 16th and 17th centuries, but population growth, deforestation and food shortages led to its collapse. Today some 3,400 souls inhabit this 64-square-mile island, which lies some 2,200 miles equidistant from Tahiti and South America.

The society of Rapa Nui possessed stone-working skills on a par with those found in the Inca Empire. Islanders also possessed a script called Rongorongo, the only written language in all of Oceania.

Please note: The current fee for entry into the National Park is $80 per person, this fee is included in all organized shore tours. Independent passengers are required to pay this fee on arrival at the park.

Lima
In 1535, Francisco Pizarro labeled the open plains where Lima now stands as inhospitable. Despite the verdict of the great conquistador, Lima became the center of imperial Spanish power, a City of Kings where 40 viceroys would rule as the direct representatives of the King of Spain. With independence in 1821, Lima became Peru's capital. Near Lima, one of the world's most desolate deserts is home to the famed drawings of Nazca. These drawings inspired Erik von Daniken's best-selling book Chariots of the Gods. With mysteries seeming to be part of Peru's history, perhaps these drawings are in fact the largest astronomy book in the world.

Manta
The breezy, seaside city of Manta is the second largest port in Ecuador and possesses one of the world's most varied terrains. To the west of Manta lie the Galapagos Islands. To the east rises the great rampart of the Andes. The Mantas were known for their traditional balsa rafts in the coastal waters and their ceramics and pottery. A huge tuna statue greets you on its shores, a whimsical nod to the tuna capital of the world. Fresh seafood is always on the menu, and a stroll along the promenade lets you take in the beach scene. The bustling center of town, an easy walk from port, displays a lively marketplace selling Panama hats, silver jewelry and apparel. There is lush green parkland the nearby colonial town of Montecristi, the center of the Panama hat industry and the Pacoche Wildlife Refuge, home to indigenous flora and fauna and cheeky howler monkeys. Explore the rich culture, heritage and people of Manta during scenic adventures that take in the Archaeological Museum, which highlights a small, well-curated collection of ceramics of the Manteo-Huancavilca culture that flourished here between 800 and 1550 A.D. Whether you explore its past or its vibrant city of today, a day in Manta is a rich and colorful experience.

Ft Lauderdale
According to the popular 1960 beach movie, Fort Lauderdale is where the boys are. The city's reputation as America's Spring Break capital, however, has been replaced with the more favorable image of a prime family tourist destination, attracting more than 10 million visitors annually. The most popular beach resort in Florida is even more rightly famed as the Yachting Capital of the World, with more than 40,000 registered crafts calling its waters home. The city also prides itself on being the Venice of America with more than 300 miles of navigable waterways. Fort Lauderdale boasts world-class theaters, museums, sightseeing, and shopping.

The city sits 24 miles north of Miami and is named after a series of forts built by the United States during the second Seminole War. The forts took their name from Major William Lauderdale, who was the commander of the detachment of soldiers who built the first fort. Look hard and you might find remnants of three of them today. More people seem to be interested in taking a water tour aboard the Carrie B. 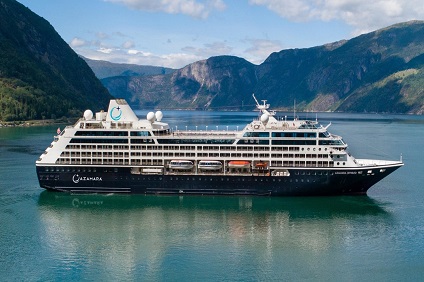